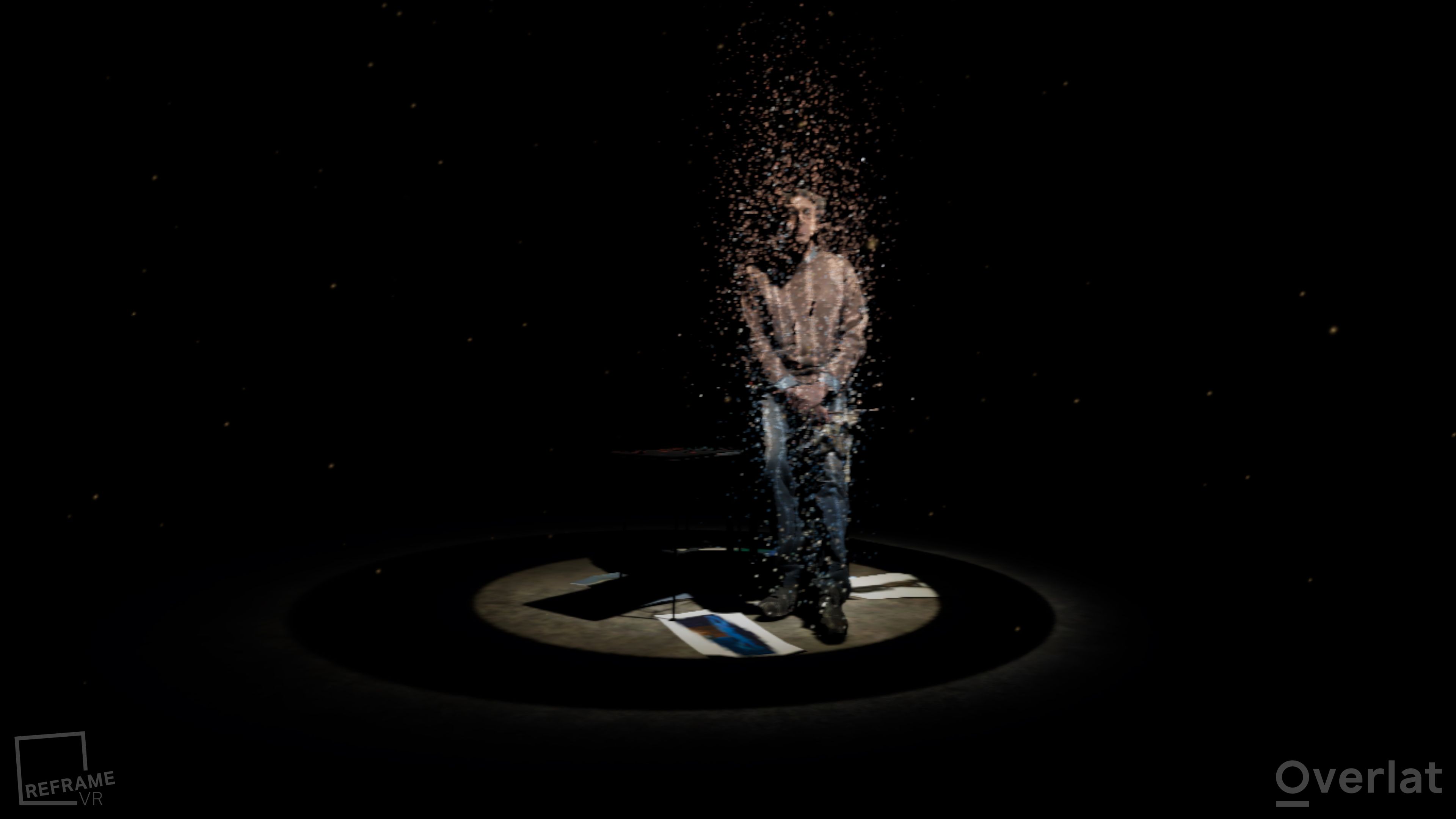 Connecting from Nairobi, Matteo Lonardi took the time to walk us through his experience developing the series of VR artworks Il Dubbio. Lonardi started his career as a photojournalist, and has covered extensive ground from India, Iran, Russia to Iran and Saudi Arabia. Photography and video are familiar medium for him. He made his debut as a photographer at age 15, passionate about portraits and mastering old cameras. In a way, this interest is always present. Photography allows one to capture images. With images, Lonardi is ready to tell stories of people.

Becoming a journalist extended his horizon, leading to his long-term investigation of artists and their practices. Narrating from the artist’s perspective has always fascinated Matteo Lonardi. A series of work predating Il Dubbio demonstrates this concern. For example, he has reported on diasporic Iranian artists, the retreat of Russian artists to their studios and art as empowerment in light of the Sudanese revolution.

In 2013, Lonardi attended the Columbia University School of Journalism in New York City. From there, he was about to enter the world of VR production. As he as selected to receive a collective grant to develop an innovative project, Lonardi decided to continue his work with Iranian artists in exile. It gave birth to his first VR work, Reframe Iran. His team worked with a group of engineers from Stanford University to produce this 360° video. It was well received and won The Brown Institute for Media Innovation at Columbia University’s Magic Grant in 2014. Taking this work to festivals around the world introduced Matteo Lonardi to the VR industry and affirmed his enthusiasm for this new medium. The Reframe series is followed by a second installment on artists of Saudi Arabia.

It seemed natural that Lonardi decides to work on a more advanced VR project featuring artists as the main protagonists. This new project reunites a set of elements that Lonardi navigates with ease, such as teamwork akin to what he had experienced on the set of film productions and exploring the worlds of artists and their creations. However, a CGI VR work is also more complex and costly to accomplish. Il Dubbio is seeded by passion, but the team’s journey to make it happen was certainly not a breeze, rather a hike uphill.

Matteo Lonardi must have had his own doubts throughout the production process of Il Dubbio’s initial episode on Leonardo Da Vinci. To start with, VR artworks are expensive to produce. He learns throughout the months-long process of fundraising that different European governments have disparate policies in funding art and cultural projects. In the end, Lonardi secured funding from Spain and VIVE Arts to begin production. 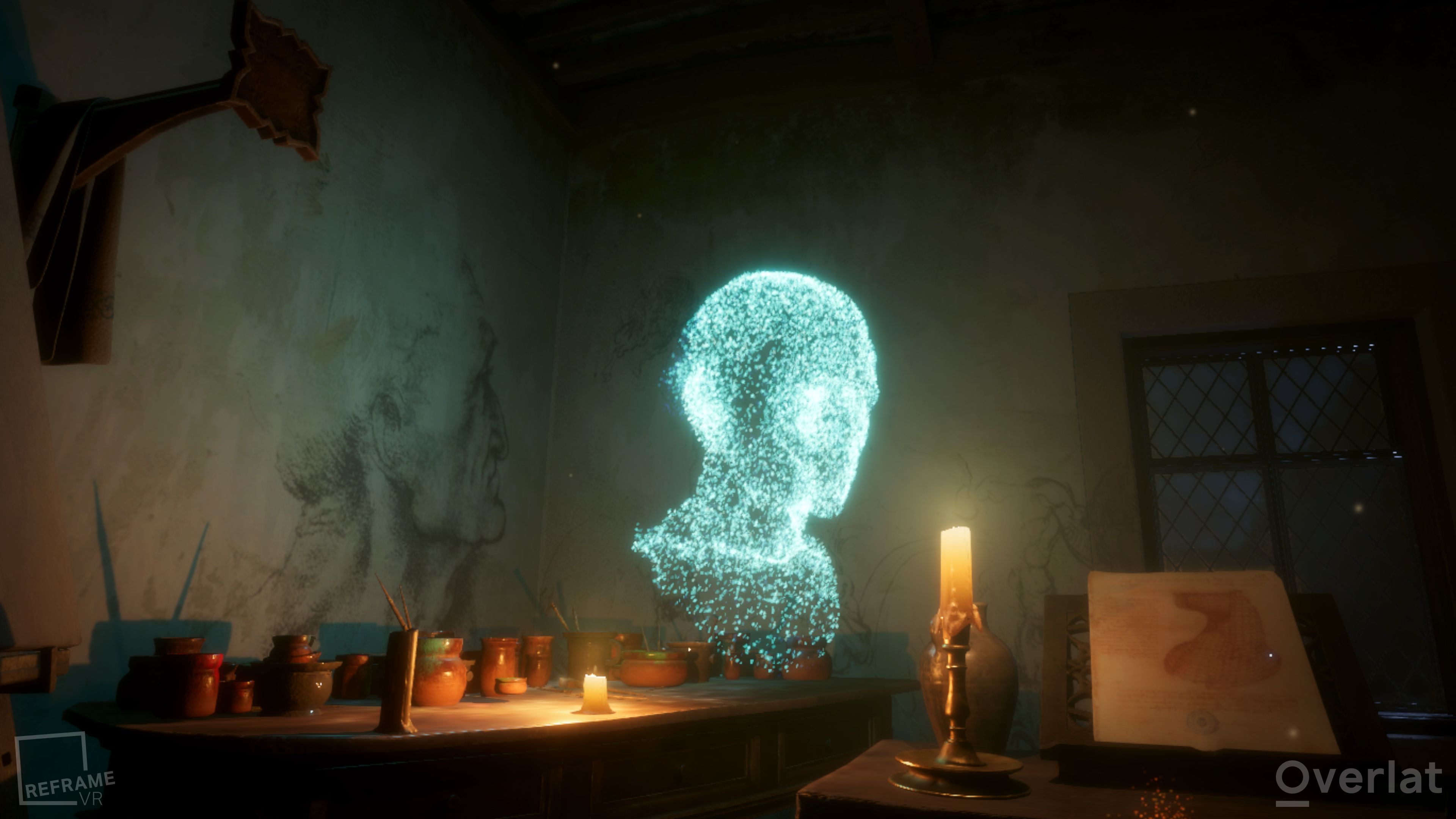 It is hard to imagine that this work was made entirely remotely with a very small team. The core team, including Matteo Lonardi, consisted of his brother Francesco as the produce, Javier Garcia Lajara the cinematographer and Alejandro in engineering. The team was spread out between Italy, Spain and Kenya during Covid but they managed to finish the project. These six months of production were challenging and made everyone a multitasker. Like letting the genie out of the bottle, the voice actors added flesh and character to the bone, something that connects the viewer to the work.

This series of works is conceived as an expanding series with a focus on artists in their moment of doubt. Everyone has had their moment of questioning future possibilities and their own capability, even the greatest. The first episode features the maestro – Leonardo Da Vinci. When thinking about Da Vinci today, we think of nothing but the epitome of artistic achievement and universal recognition as a canon of Western Renaissance. However, Lonardi decides to focus on this moment of doubt in the master’s career. He started with no storyboard and just a script. A tremendous amount of research went into the creation of this episode to recreate all the relevant period details and elements from Da Vinci’s career. This work convinces not only by making the artist studio alive, but also by bringing in an interactive element. We are transported back in time and space. 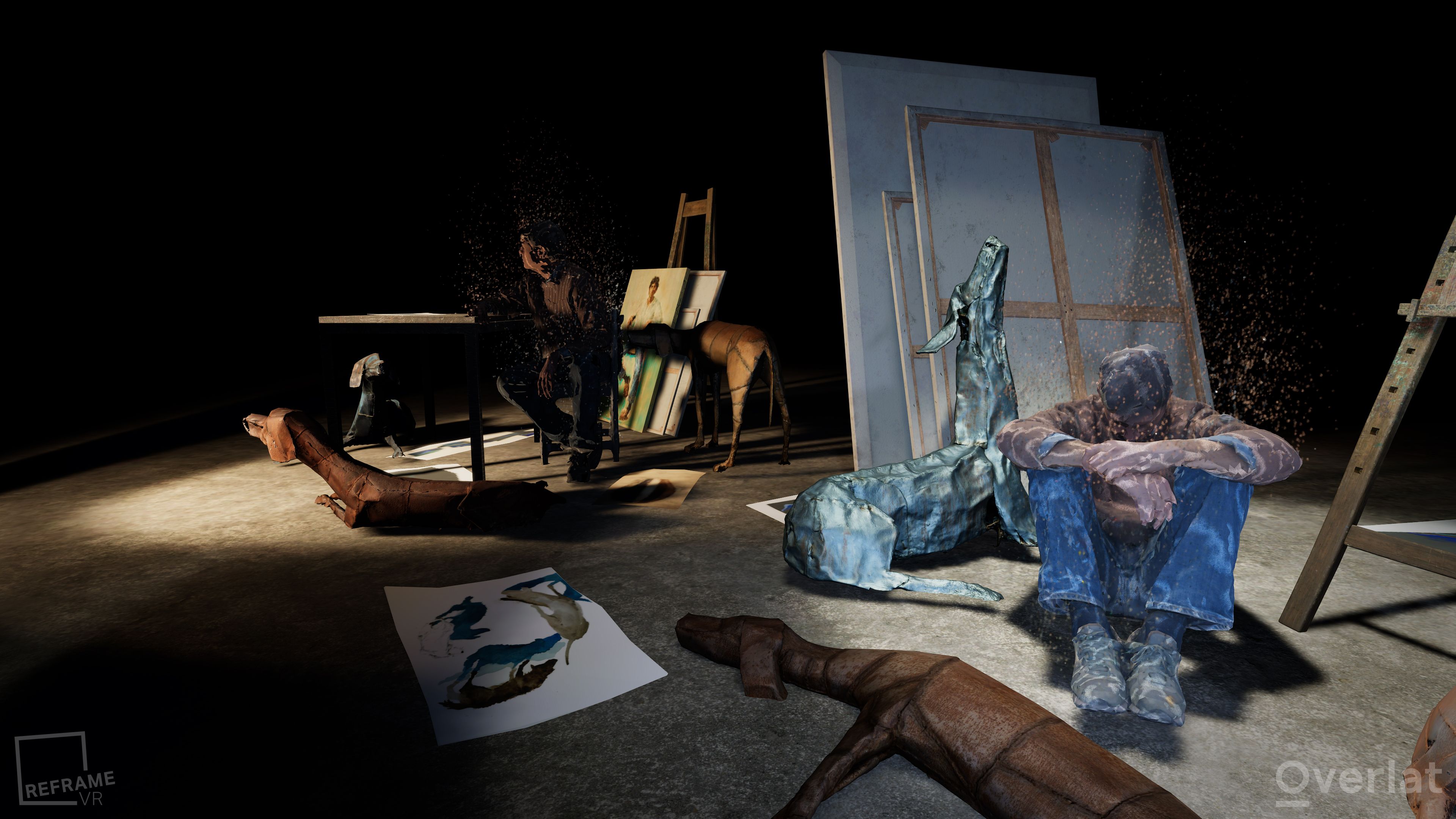 Matteo Lonardi thinks of this series as a VR library on artists. Following up the episode featuring Da Vinci, which is an introduction, he worked with Italian sculptor Velasco Vitali and Kenyan painter Beatrice Wanjiku. Lonardi is curious and wants to work with artists across medium and regions. Working with contemporary artists on a VR work is completely another story. Unlike the Da Vince episode, where the only confirmed element the team had when they started was the script, working hand in hand with contemporary artists is much more like an impromptu. These episodes grow more organically.

Nevertheless, doubt in this series is not depicted as the dark hole of despair emanating pessimism. In Lonardi’s word, he wanted to highlight doubt as an instructive element in the creative journey, especially for artists whom this sensation becomes a drive to understand their own practices in more depth and be able to explore artistic creation from a new tangent. For instance, Beatrice Wanjiku’s experience blends loss, grief, and doubt. The absence of a loved one creates an identity crisis, but she was able to overcome the cliff of doubt and blossom into something more powerful. The seemingly eccentric selection of artists finds meaning through the angle of a power emotive motor that can propel them towards new creativity. Il Dubbio is an ongoing journey, for Reframe VR is considering expanding it when collaboration and funding conditions are met. Perhaps we would be looking at different approach such as fictive storylines.

When being asked what is main take-away about developing a VR artwork, Lonardi says without hesitating that user experience is the most crucial element. For the team, it is imperative that their work is interactive and can engage the viewer. During the development process, a list of feedback is compiled every couple of weeks to the user experience creative director Raphael Bavone to finetune the experience. The understanding is that when you focus on a single pivotal moment or central idea in the VR world, you really do have to choose and it is crucial to get the ambience right. The rest, such as animation and design, will come more naturally once the keystone is laid.

When as about presenting VR to the audience, the Reframe team has been quite busy. Both Il Dubbio episodes have been presented at the Biennale Cinema in Venice. They have also competed at Raindance and won the RAI prize in Rome. In the future, Matteo Lonardi expresses that he would like to envisage more exhibition opportunities with museums in Italy and internationally in order to reach a wide audience and introduce them to the possibilities of VR.

Now residing in Kenya, Lonardi works with the newly established Nairobi Contemporary Art Institute, an initiative led by artist Michael Armitage, which will inaugurate at the end of 2021. Together, they are working on films featuring often overlooked modern artists from the region. In between VR projects that often take several years from start to finish, Lonardi enjoys working on videos and photo essays that offers another kind of dynamic. This will surely lead to more inspiration and fruitful collaborations for Matteo Lonardi. We look forward to his upcoming works.