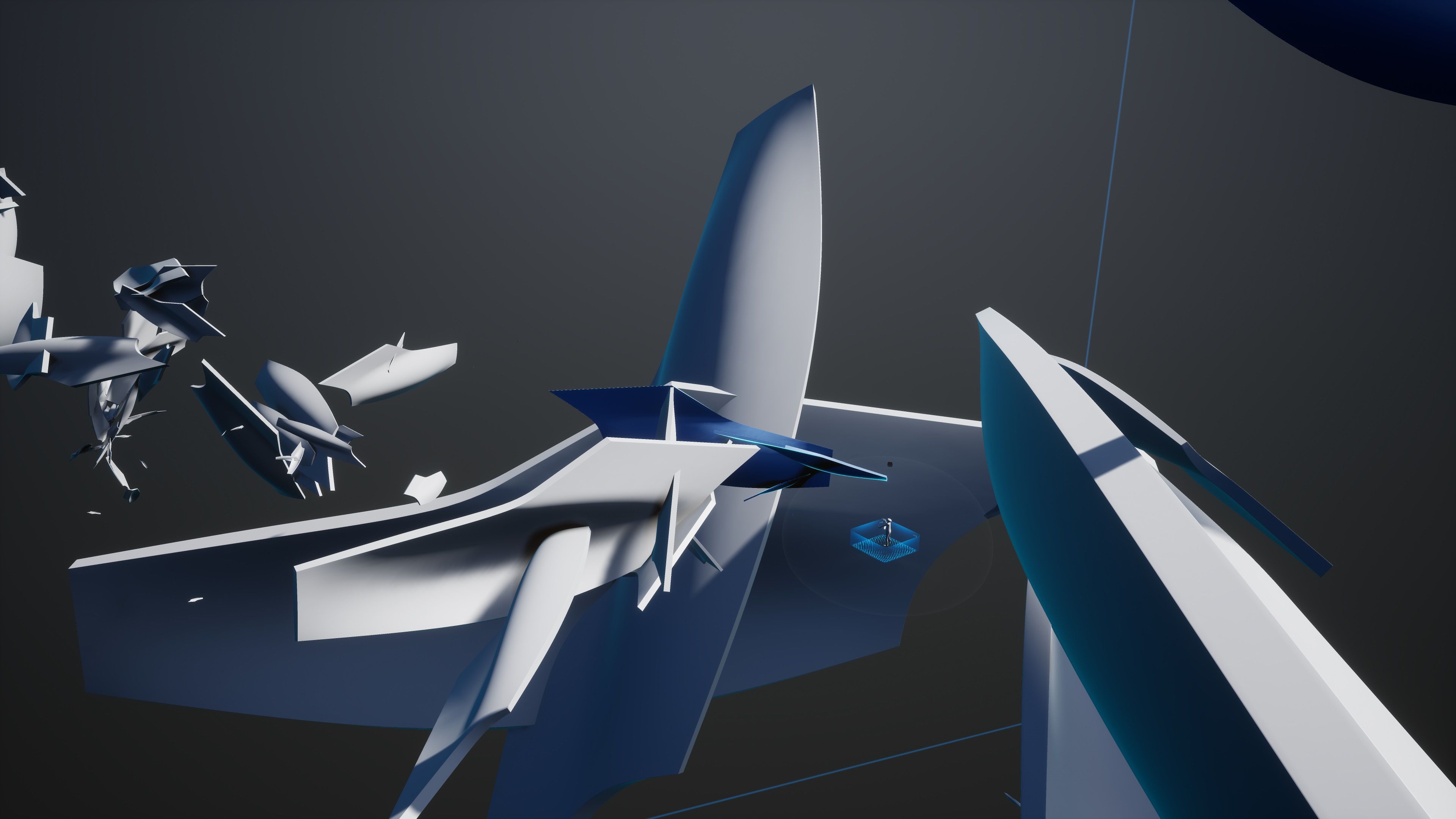 How are you using virtual reality at Zaha Hadid Architects?
Helmut Kinzler: When I started at Zaha Hadid Architects almost 20 years ago, I set up a physical model workshop which allowed us to experiment with our space-making process and materials. As the design process became increasingly digitised, however, I realised that aspects of the physical model, such as scale, were being lost. Virtual reality returns that physicality, while providing us with greater possibilities for cooperation. It’s encouraged us to re-examine and renew our design process, which has proved fascinating.
We have a space in London, surrounded by our colleagues in research and design, which we use to experiment with VR, as well as host gatherings and talks.

What are the advantages of using VR?
It’s amazing to take clients inside spaces and see their response. It allows them to become completely engaged with the design process and make more effective decisions. That validates all of our research. I once used VR to take a client inside a building we had designed, and he had an attack of vertigo standing on his virtual balcony. That demonstrated just how convincing VR can be!

Can you introduce Project Correl?
Project Correl is an interactive virtual reality experience that features in Design as a Second Nature – our exhibition at MUAC in Mexico City. The project is a collaborative experiment in multi-presence VR, allowing up to four people to enter a digital space and collectively build a sculpture that will grow over several months.
We wanted to examine the idea of agency in design and explore the potential of collaborative processes. Visitors will be able to move freely in digital space to select, scale and place components according to their preference and a dynamic set of rules. Iterations of this digital sculpture will be captured and exhibited in the gallery as scaled 3D printed models.

What’s the concept behind the project?
The title reflects the correlation between subjective human creativity and machine logic, with algorithms informing the placement of elements within the sculpture. It also relates to systems of growth in the natural world, which is one of our ongoing research interests. The coral reef is an accumulation of individual polyps which group together to form a shape that’s beyond human control.

How do you hope visitors will respond to Project Correl?
We wanted to create a space that is both entertaining and rewarding. To support that we introduced a tutorial that shows participants how to perform actions. I hope visitors leave feeling they have made an individual contribution to a piece that is ultimately collective.

What’s the most challenging aspect of designing in VR?
The biggest challenge is getting to the stage where we’re ready to design. Before we can do that, we have to create the reality in which we’ll work. It’s not the same as the physical world, which can be understood empirically. With Project Correl, for example, we had to develop a digital space that would allow people to co-create.
VR is an area that has already been explored by the gaming industry. We’re building on that, while adapting the space to our own discipline and traditions.

Why is it important for architects to incorporate new technology into their work?
Architecture is a broad field with multiple possibilities for experimentation. While computerisation has been adopted by most of those in the industry, VR offers a new means of evaluating our designs, allowing us and our clients to see ‘inside’ spaces in a more immediate way.
We’re still exploring the potential of VR and hope to understand it thoroughly – not simply translating our existing design into a virtual space but using the technology to create something unique and new.