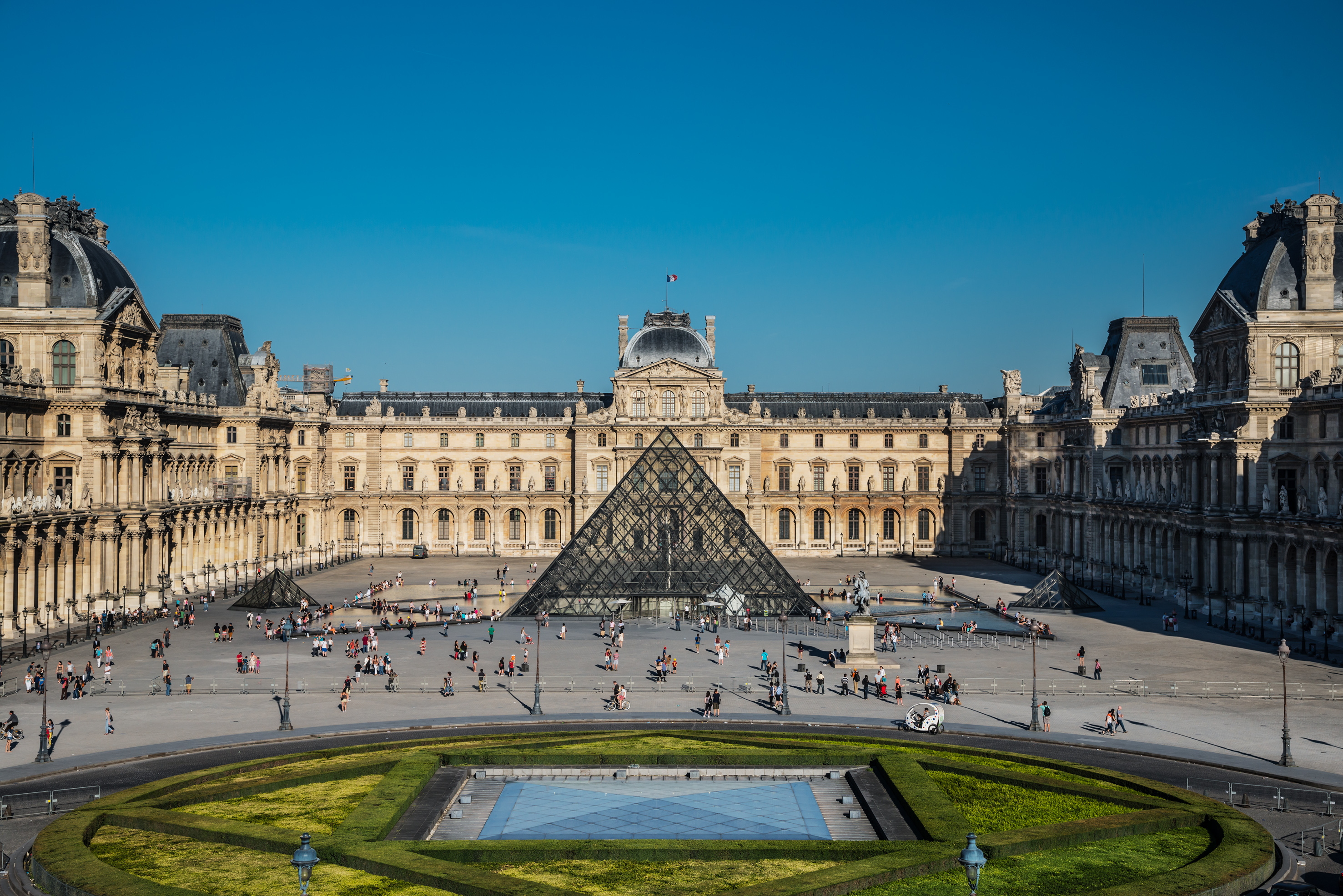 Opening on October 24, 2019. Mona Lisa: Beyond the Glass is the first VR experience to be presented by the Louvre and forms part of its seminal retrospective exhibition Leonardo da Vinci – commemorating the 500th anniversary of da Vinci’s death in France. We spoke to Dominique de Font-Réaulx, the Museum’s Director of Interpretation and Cultural Programming Department, about the impact of innovative technology on the world’s most-visited museum.

Mona Lisa: Beyond the Glass is the Louvre’s first virtual reality experience. What do you think VR brings to the museum’s programming?
I think VR offers something very interesting, which is the opportunity to connect new technology with academic content. This is at the heart of our collaboration with HTC VIVE Arts; Mona Lisa: Beyond the Glass will provide access to innovative technology, share academic knowledge and transform this knowledge into a very personal experience for visitors.

Why does the Mona Lisa continue to captivate people today?
It’s very difficult to identify one reason! Since its creation by Da Vinci at the beginning of the 16th century, the Mona Lisa has been a very singular painting. It’s an important part of Da Vinci’s story and his legend. What is interesting is how the artist’s legend started during his lifetime. Da Vinci’s departure from Italy to the Château du Clos Lucé in France also forms part of his legendary story. The fact that the Mona Lisa has been a part of the Royal Collection in France since Leonardo’s lifetime is also significant for us.

There are other aspects that add to the painting’s intrigue, including how it was stolen at the start of the 20th century, the fantasy around Leonardo’s connection to the Illuminati, and bestselling literature such as Dan Brown’s Da Vinci Code. Interestingly, the painting is presented in a different way from any other work within the Musée du Louvre, hung in a place where it can be seen and, in a sense, worshipped too.

How does the Mona Lisa: Beyond the Glass experience relate to other works in the museum’s seminal exhibition of Leonardo da Vinci’s work?
I think Mona Lisa: Beyond the Glass, which was conceived with the exhibition curators, will allow visitors to have an intimate encounter with the artwork. Alongside this, the exhibition will showcase Leonardo’s creative process in its entirety. It’s important to see the Mona Lisa as part of a broader body of work that began before it was created, rather than in isolation. The painting often supersedes other works due to its level of fame but should be considered within the context of Da Vinci’s career more broadly.

This new experience takes the Mona Lisa to audiences across the globe. How important is it for you that art and culture can be a shared experience?
This is a very important issue for the Musée du Louvre, and indeed all museums today. Museums deal with their collections and galleries but should also be thinking about what’s going on beyond their walls. With the rise of websites and social networks, it’s imperative for the Musée du Louvre to accommodate audiences inside and outside our walls. Mona Lisa: Beyond the Glass will attract audiences to the museum, even if they do not visit. In a way, it will form part of the institution’s overall “experience”.

Do you see a connection between Leonardo da Vinci’s practice – or the initial response to his works – and virtual reality today?
It’s difficult to identify a single connection and I’m sure there are many answers to this question. Leonardo da Vinci was particularly influential because he was a gifted painter who also had the ability to grasp wider discoveries made during his lifetime. He absorbed artistic and scientific discoveries, from oil painting to anatomy, astronomy and biology. In this respect, he was one of the first artistic geniuses able to understand developments beyond his own practice. In this way, his practice is close to what can be done with virtual reality today, particularly in relation to broadening and deepening our knowledge. 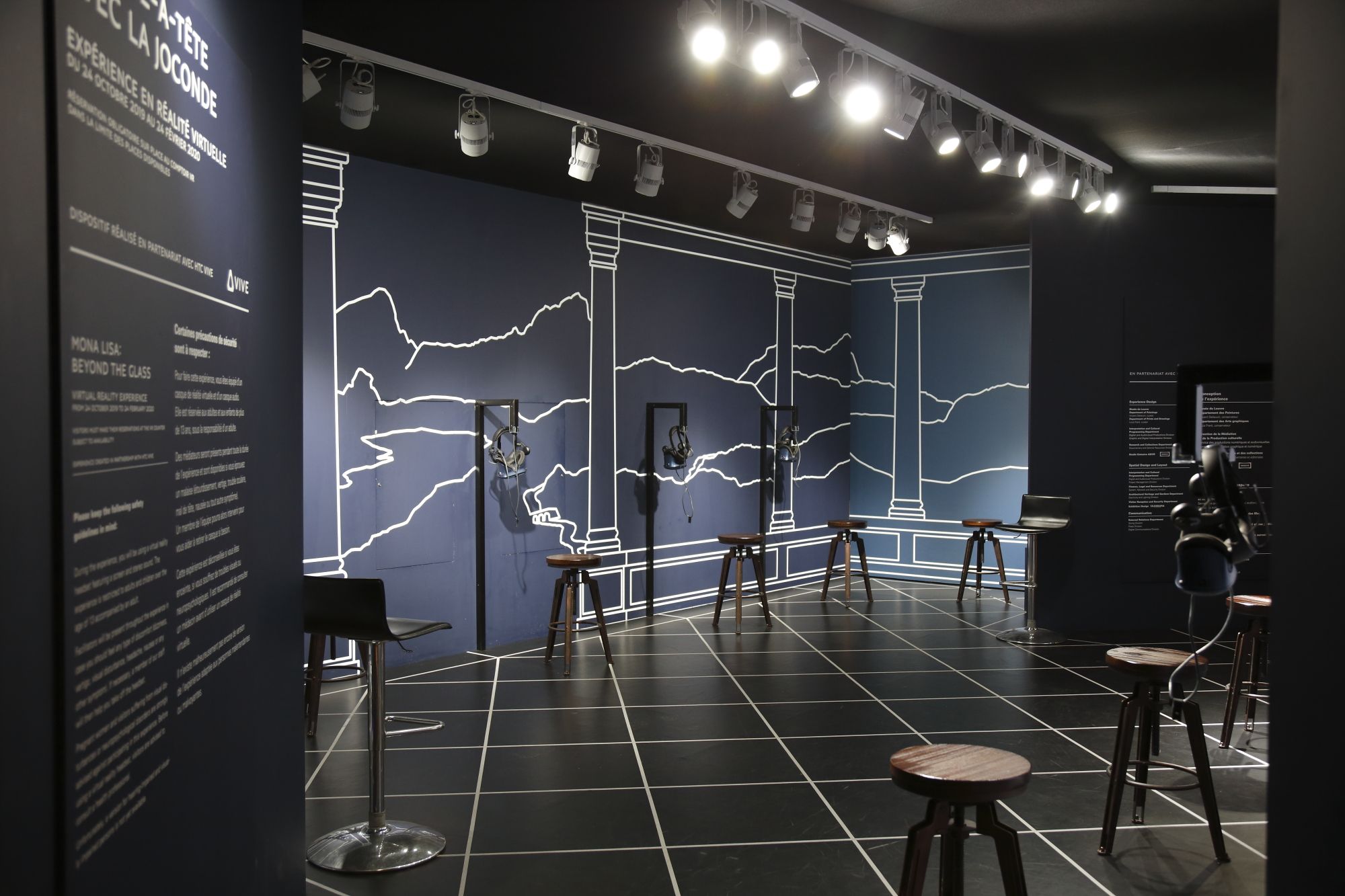 What opportunities does VR offer you as the Louvre’s Director of Interpretation and Cultural Programming Department? How has VR shaped your team’s approach, and your work as a curator?
VR offers us the opportunity to broaden our understanding of the role of education within the museum sector. We have seen huge developments in the last 20 years – we have traditional methods including labels, as well as audio guides and more recently, film. VR is another way to explore education. Mona Lisa: Beyond the Glass is interesting because it is linked to other works that will be on display in the exhibition but adds another dimension, providing a different way to help visitors understand Da Vinci’s work.

What possibilities do you think VR offers viewers, which traditional exhibitions (e.g. of hung artworks) cannot?
It’s subjective but I believe virtual reality provides education with new possibilities that we don’t get from traditional methods. Virtual reality also transcends the museum itself, which is very appealing. Millions visit the Musée du Louvre each year, but websites, social media and travelling exhibitions mean we have a community of nearly 40 million outside of the museum. If you go to a Musée du Louvre exhibition in Japan or buy a book about the museum in New York, you are still an integral part of the Musée du Louvre’s community. It’s exciting that we will be able to offer a home version of the VR experience outside of the museum, as this will help us enlarge our community.

What do you think the future holds for art and technology?
It’s rather difficult to say! Over the past 5 years, we have seen significant changes that couldn’t have been predicted. As Director of Interpretation and Cultural Programming at the Musée du Louvre, I would like to see technology form part of the entire museum experience. Technology helps audiences look at art but does not and cannot replace their connection with it or prevent them from coming face to face with it. I’m thrilled about our collaboration with HTC VIVE Arts because it will bring together technology and academic knowledge – the former broadens our experience of viewing art while preserving our interaction and relationship with creativity.

Mona Lisa: Beyond the Glass